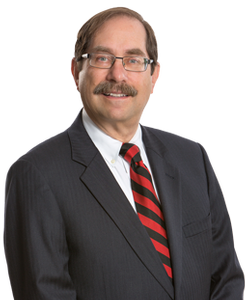 Charles Lorber is formerly the Chief Operating Officer of Mandelbaum Barrett as well as a former member of the Executive Board. He is an experienced litigator and represents clients in all forms of commercial disputes. Additionally, he has extensive experience as a planning board and zoning board attorney and often litigates real estate related issues. His work before the planning and zoning boards includes representing individuals, corporations and real estate developers. He has had significant success involving major developments throughout Northern New Jersey.

Charles has tried dozens of civil matters before the Superior Court of New Jersey (both jury and non-jury) including Shareholder disputes, complex corporate disputes, contract disputes and real estate and land use matters. He has tried personal injury cases and obtained verdicts in excess of $1 million. One of his commercial disputes resulted in an award of $13.5 million to his client as a result of a complicated shareholders matter that took 2 months of trial time.

Charles has been named a Super Lawyer* by New Jersey Magazine in 2005 and then again from 2008 through 2017. Additionally, he has been rated AV Preeminent by Martindale Hubbell from 1994-2019. He is a past member of the Board of Trustees of Congregation Agudath Israel in Caldwell, New Jersey and is a former officer of the Essex County Running Club.

Charles spent a decade at the Essex County Public Defender’s Office, completing his tenure as the First Assistant Public Defender. During his stint as a public defender, he tried more than 100 criminal cases (20 homicides), including the landmark decision, State v. Kelly, which established “Battered Women’s Syndrome” as a defense to homicide. He is responsible for numerous reported decisions.

*No aspect of this advertisement has been approved by the Supreme Court of New Jersey or the American Bar Association.

Senior Counsel Charlie Lorber and Associate Josh Gorsky recently completed a yearlong approval process before the Mine Hill Planning Board for a 50-unit apartment building. Charlie and Josh’s involvement in this matter involved both a zoning change and a site plan application (which included design waivers). The zoning change occurred first, and once that was […]
LEARN MORE

Charlie Lorber, a Senior Counsel in the Firm's Real Estate Department was recently interviewed by Northjersey.com on a mixed-use project on Lorraine Avenue in Montclair, NJ.
LEARN MORE