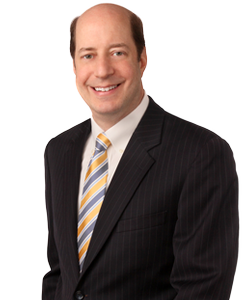 Barry M. Schwartz is a Partner in the Firm’s Corporate Practice Group. He represents start-up, closely held and publicly traded companies in corporate matters, including mergers and acquisitions, asset-based lending and debt and equity financing. Barry often works with entrepreneurs from the “ground-up,” helping in the selection and formation of their entity; the drafting of their charter documents; and the creation and protection of their intellectual property. Experienced in-house counsel for both publicly traded and closely held companies frequently rely on Barry’s corporate acumen, advice and drafting skills. He also represents medical groups physicians, dentists, and veterinarians in the acquisition and sale of professional practices and in corporate matters. Clients frequently call upon Barry to draft and counsel them with respect to confidentiality, shareholder, operating, employment, consulting, distribution and trademark licensing agreements.

Barry has played a prominent role in a multitude of transactions including:

Barry has been selected by his peers for inclusion in Best Lawyers every year since 2012.*

Barry earned his B.A. from Columbia College of Columbia University and his J.D. from Rutgers University School of Law – Newark.

*No aspect of this advertisement has been submitted to or approved by the Supreme Court of New Jersey. For information regarding Best Lawyers selection process please see:

Deal Alert: Our National Dental Law Group Worked with a Client on the Sale of a Cosmetic Dentistry and General Dentistry Practice

Members of the National Dental Law Group at Mandelbaum Barrett including William Barrett, Barry Schwartz, Melody Lins, Nicole Fryer, Michael Lipari, and Steve Holt worked with a client on the sale of a cosmetic dentistry and general dentistry practice. The seller was acquired by a dental support organization (“DSO”) with a large footprint in the […]
LEARN MORE

Mandelbaum Barrett is proud to announce 17 of our attorneys have been named to the Best Lawyers in America 2023 list.

We are proud to announce that thirteen of our attorneys have been selected by their peers for inclusion in The Best Lawyers in America© 2020 edition. In addition, Barry Mandelbaum has been recognized as Lawyer of the Year in Real Estate Law. Since it was first published in 1983, Best Lawyers© has become universally regarded as the definitive guide to legal excellence. Best Lawyers lists are compiled based on an exhaustive peer-review evaluation. Many of the below attorneys have been listed in this publication for over ten years. *No aspect of this advertisement has been approved by the Supreme Court of New Jersey or the American Bar Association. To learn more about Best Lawyers, visit www.bestlawyers.com/methodology
LEARN MORE